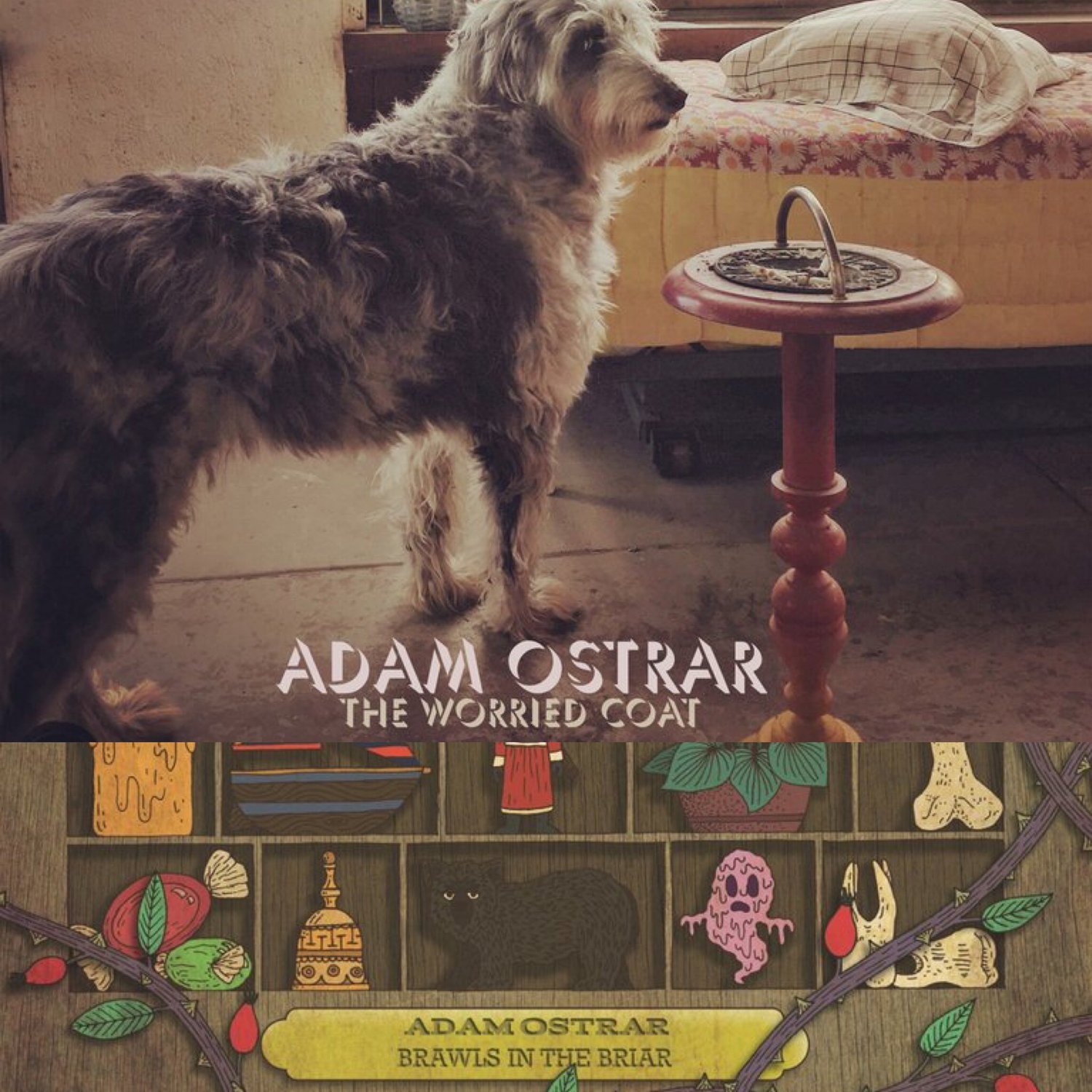 A vinyl bundle of the two most recent albums by Adam Ostrar, “Brawls In the Briar” and The Worried Coat”.

“The new normal isn’t very comforting taken straight, but Mr. Ostrar’s pop apothecary has just the mixture to help you gulp it down and get through another day.” (Dusted Magazine)

“After four albums on Jagjaguwar with his band Manishevitz around the turn of the millennium, it wasn’t until 2017 that Adam Ostrar put out his debut solo album, Brawls in the Briar. Something of a musical patchwork, the album incorporated a diverse set of influences to stitch its own distinctive sound—owing as much to 70s-style soft rock as more traditional finger-picked folk. Tying this together was the clever blend of personal and political in Ostrar’s lyrics, using the former to create an emotional intimacy and the latter to carve depth and meaning.

Adam Ostrar is back with a follow-up record, The Worried Coat, and his ambitions are no less impressive. Working with collaborators from the likes of Califone, The Boxhead Ensemble and The Lofty Pillars, Ostrar uses the album to develop his playful, experimental folk-rock hybrid, though the groovy tone hides the its true nature. Very much a product of our time, The Worried Coat collects various divergent voices to create the true fabric of present-day America. Careful to avoid any easy stereotypes or caricature, the Ostrar hurdles concepts like ‘red’ or ‘blue’, ‘good’ or bad’ and instead presents an entire society shaped by abstract forces like nostalgia, nationalism, capitalism and corruption. “It’s twelve narratives on otherness, self-identity, and our personal relationships with anxiety,” Ostrar explains. “How we often betray our best intentions through willful ignorance.” (Various Small Flames)

You can own both of these albums on vinyl for only $20 (plus shipping) in this bundle for a limited time.